I had a call last year from a chap who was very excited having found a Larbert Portable range behind a 1980s kitchen that he was removing from a property. Since it was local to me I popped down that night to have a look. We agreed to remove the range and the remains of the slate surround, restore it and reinstall it exactly how it was. I will be writing an article on this restoration in the near future but before that here are a few pictures of the the opening after the range was removed and after it had been put back again.

For those that have tried to move one of these “Portable ranges”, here is my secret weapon; 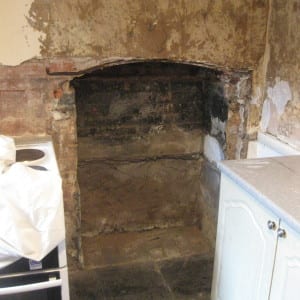 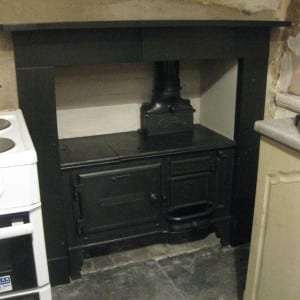