For those that get the opportunity to visit a working foundry its an incredible experience. Iron begins to melt at 1200 degrees centigrade so you can imagine the heat radiating from the furnace! I took my camera along last time I was visiting so share a little of the process involved.
In the first pic the two halves of the sand ‘moulds’ are being assembled while some ‘cores’ in the foreground have been lit up and painting to dry them out. After that the crucible it taken from the fire with its 80Kg load of molten iron and poured into the moulds.
After that its a matter of waiting for the iron to cool before its removed from the moulds. The last picture shows the results of the labour sat on my bench before fettling. 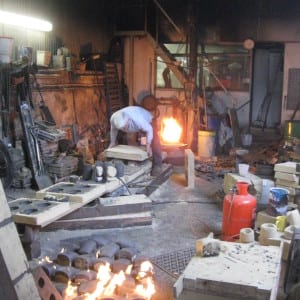 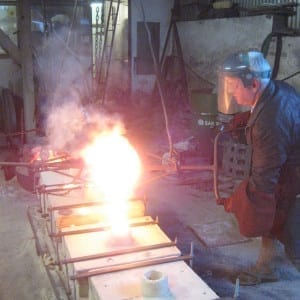 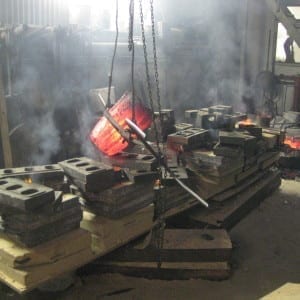