We made a long over due trip to the SS Great Britain last December. It’s a great site and well worth a trip. Sadly there is not much left of the interior which is not surprising considering the state it was in by the time it made it back to Bristol. Some clever folk have made a good job of putting it back together again.
Here I am in the galley, it looks as though almost everything here is a fabrication but it has been well done. I’d have loved the opportunity to be involved in the restoration and I’m sure the folk involved and well chuffed with their efforts.
The fabrication of Brunel’s original engine is a masterpiece although I can’t help feeling it would’ve been incredible to see a replica under steam. I doubt the poor old hull would have been able to cope with though!
My only thought was that I would have liked to have seen a steam hammer on the dock side considering the important part they played in the manufacture of the SSGB. Might not have gone down so well with the neighbours though! 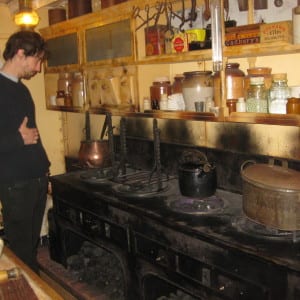 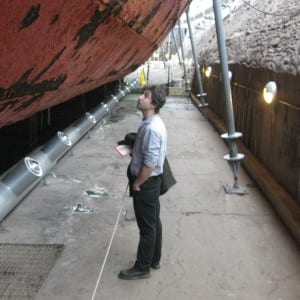 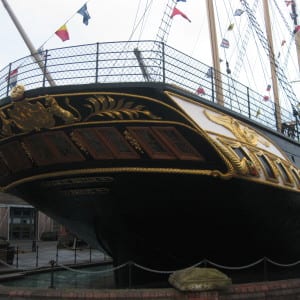