I was really pleased to received this photo recently. It shows the 1885 Utilis range that I restored for Gressenhall farm and workhouse museum in Norfolk.
It was a very involved project as someone had previously ‘restored’ the range and made a terrible job of it, damaging many of the parts in the process. I had to make several patterns so new parts could be cast in iron to replace parts that had been damaged or worn out.
This range has been installed so it can be used properly with the internal masonry flues reinstated. It will be used to show visitors how people cooked in the 19th century.
I hope I have a chance to get up to Norfolk soon to see how they’re getting on with it! 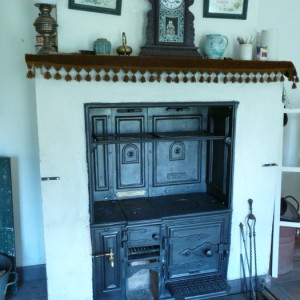