Pattern making for a Bodley range

The first patent for a ‘closed’ range was taken out by an Exeter ironfounder named George Bodley. His appliance was named the ‘Bodley range’ or ‘Bodley stove’ and became very popular. Previous to this cooking ranges had an open fire and but Bodley enclosed the fire with an iron plate and made internal flue ways that heated the oven and boiler thus making effective use of the heat provided and thus economising on fuel.

I was asked to restore one of the only remaining Bodley ranges still in existence. It is made rarer still as it is still in its original situation in a large property in Bristol built around 1800.

The top plate had suffered years of abuse and so required renewal. I instructed for the original to be well labelled and kept within the property for historical reference and I set out making patterns for a new one to be cast. Here are some photos of the the old and new. 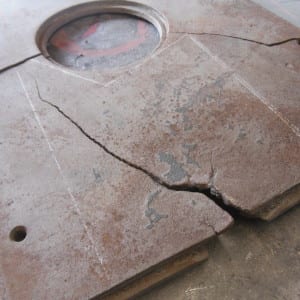 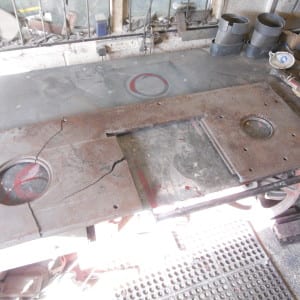 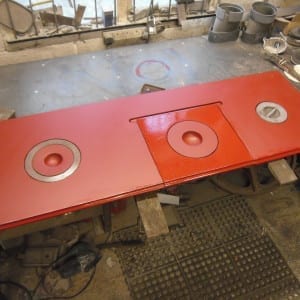