Interesting goings on in Minehead

We were down in Minehad last weekend to catch the end of the steam fayre and watch a Currach being launched. The first few photo’s show the turntable recently installed at the station. It is manually operated by just two men!
The photo’s below are of the Currach built largely by a team volunteers over the course of five days. It is 28ft long and carries seven men. The ribs are of hazel whilst much of the rest is constructed of spruce that was felled from North hill above the town the week previous. Traditonally the hull would have been formed from animal hide but Keval was used here. There has been a lot of support for the project and a lrge crowd gathered at the harbour to see if she sank or swam! 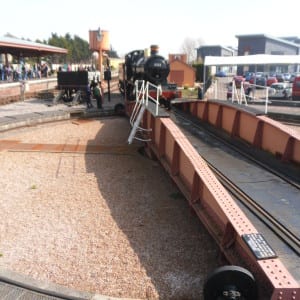 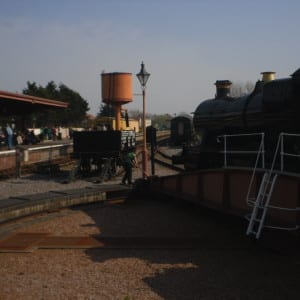 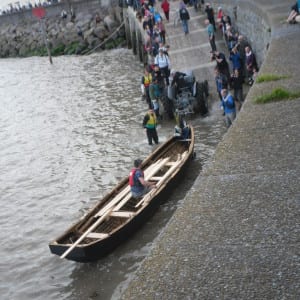 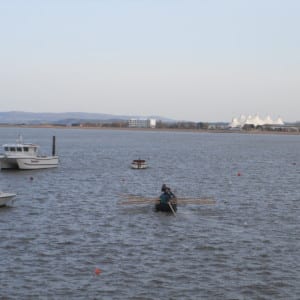