Rach and I have just got back from Shropshire where we were visiting Ricky and Yan who have recently acquired a Georgian farmhouse built in 1815. It’s tucked away up a track off a quiet road and even some locals were unaware of its existence. In its heyday it owned 58 acres of land and was farmed well into the 20th century. Sadly since then it had remained empty but upon inspection it was in pretty good shape for a chap with 200 years under his belt.

By the time we arrived the house had been rewired and the blocked and leaking drainpipes had been sorted so the damp was drying out. The list of jobs here is long so we thought we’d start with tackling the issue of heating first since the house stands on a hill and gets battered by the westerly winds.
The Georgian open range had gone, presumably replaced by a Victorian closed range and then finally this 1930′s/40′s Yorkist type. Staying true to the houses’ story they have decided to keep it so it requires restoring. The chimney was full of twigs and plastic bags thanks to the efforts of the feathered population nearby!

Ricky found so local documents dating back to the 19th century that dictate that the owners of this house had to donate 12 loafs of bread a week for alms to the church. Out the back of the scullery we came across the bread oven in question. It’s chimney had been taken down and I reckon this was because the later closed cooking ranges of the Victorian period had bread ovens of their own so when the original open type was replaced they no longer required the outside oven. We cleared out all the years of rubbish that had built up in and around it and on the first night fired it up, perhaps for the first time in over 100 years! We cooked some garlic bread in the oven whilst sharing a few bottles of beers. I’ll rebuild the stack later this year and restore the ironwork so Ricky and Yan can use it as a pizza oven.

Georgian properties all tend to have a grand facade and this one is no different. The front living rooms would have had all the finest furnishings; marble surrounds, hard wood floors and carved painted pine shutters and sash windows. By comparison the rear of the house where the scullery and kitchen stand has flag stone floors, lime washed walls and iron windows. It is these windows that require attention. Ricky and Yan have spotted this same type in local villages and it turns out they are fairly unique to the local area. They’ll require removing, stripping, painting and glazing using as much of the original glass as possible. There are also a few missing parts to replace.

Last but not least is the ‘water closet’ still complete with couple’s thunderbox!We’re back off to Shropshire in about a month so keep your eyes peeled for progress. 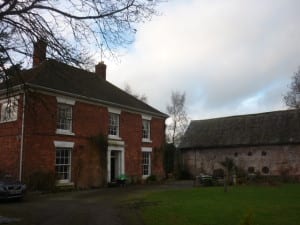 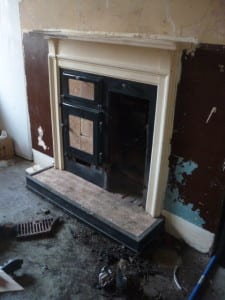 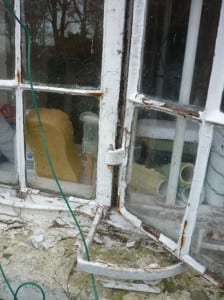 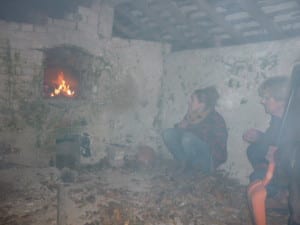 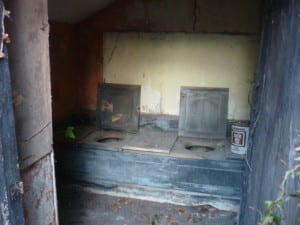