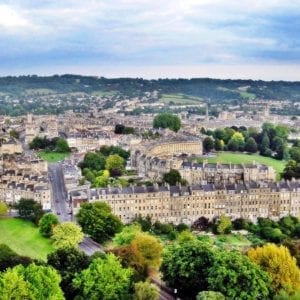 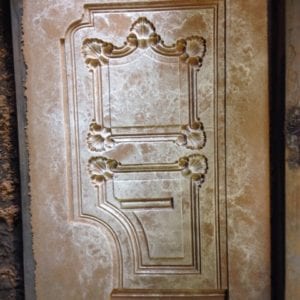 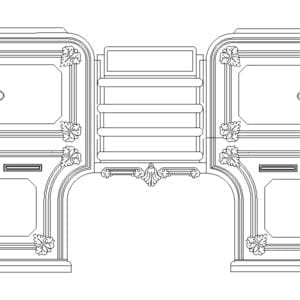 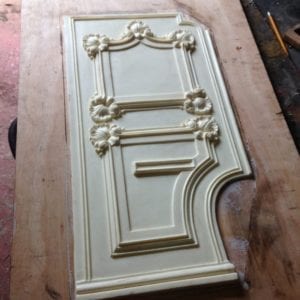 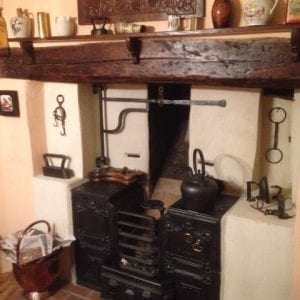 We were contacted by a client looking for an 1840-50s open kitchen range to suit their property of the same period.  The witness marks of the original could still be seen on the Bath stone fireplace.  Ranges from this period are incredibly rare and finding one to suit their specific fireplace would have been almost impossible.

We were able to supply the clients with several images from early catalogues detailing examples of the type of range that was used in the area during the period.  As part of the building listing it was stipulated that whatever was installed in the fireplace should not be fixed so we were set the challenge of producing a replica range to the correct dimension that was freestanding was set.

Initially drawings were made of the individual parts that would be needed to recreate such a range.  I had in my store some fragments of some original Coalbrookdale sham plates that bore the correct motifs that were found in the mid-19th century.  From these plaster moulds were taken and from this we were able to make the basis of the patterns.  Many other patterns and castings were required to be made in house including, two top plates, oven door, firebars, fallbar, heat plates, trivets, damper frets, grate and various sundry items in brass like the oven vents and drop loop handles that are so typical of that era.

The finished castings were assembled in a fabricated frame creating a modular unit that would fit snuggly within the fireplace but require no setting and therefor conform the stipulations of the conservation officer.  The finished article is truly impressive and probably the first range of its kind to have been cast in 150 years!