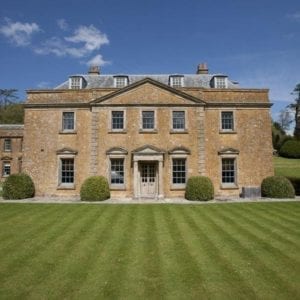 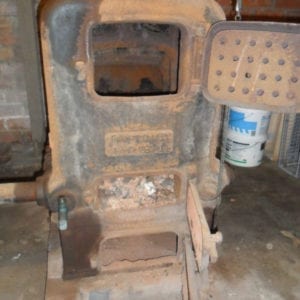 The boiler as it was found prior to removal 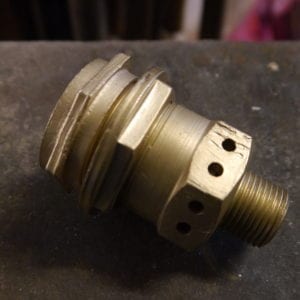 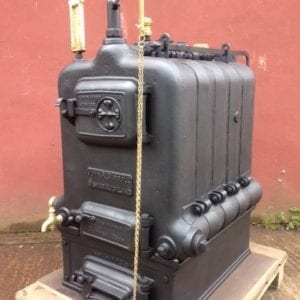 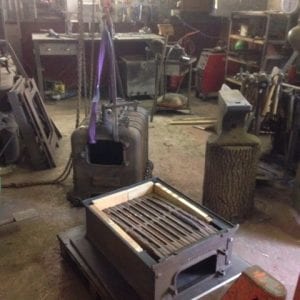 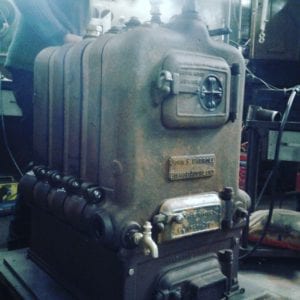 We were contact by the managers of Hadspen House, Somerset to discuss the possibility of sourcing a period boiler to power a replica Edwardian glass house that was to be recreated on the grounds of the estate.

Sadly, the vast majority of these industrial boilers have long since been scrapped but after some searching we managed to find a magnificent example of a ‘Robinhood Junior’ boiler manufactured at the famous Beeston Boiler foundry, Nottingham.

This example dated from 1927 and so was slightly contemporary to the era that was to be represented.  The design however was almost unchanged from the earlier models and so we felt it more than up to the task especially considering its extreme rarity.  It is capable of heating 415ft of 4” pipework and of creating 95,500 BTUs.

The boiler was first employed in the Co-op warehouse, country Durham and was thankfully salvaged by a forward-thinking demolition crew in the early two thousand.  Even after nearly 80 years’ service it was still water tight and had to be drained down before dismantly.

Many of the tie rod lugs were sheared or split due to rust jacking.  Patterns were made, castings produced, and the new lugs were seated before being pinned and bolted in place discreetly.  We did not want to apply heat to these huge fragile castings in case of failure though brazing would have been our chosen method. Our main concern employing the later method was that boiler castings often contain large inclusions of slag and such discrepancies in the structure of the iron can cause uneven cooling.

The original self-regulating draft mechanism was restored and is now in working order.  The original safety valve was preserved but by passed in order to discreetly install a modern safety valve elsewhere in the system.

We managed to source some original literature and therefore were able to employ the exact assembly and erection procedures that were recommended by the manufactures all those years ago.  One point that was note worthy was the making up of a jointing compound from powdered red lead and boiled linseed oil to provide a water tight seal when seating the castings together.

This boiler has now been installed by Osborne Restoration and is in service in its purpose-built basement beneath the fantastic glass house at Hadpsen House gardens.  It can be seen working there in the winter months by all guests.