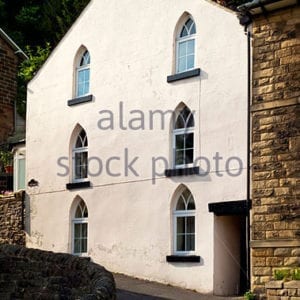 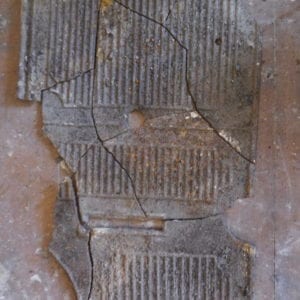 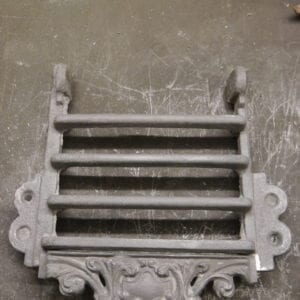 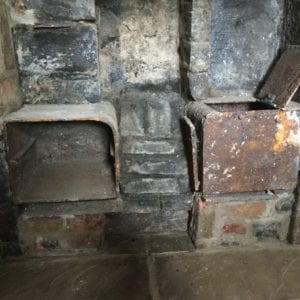 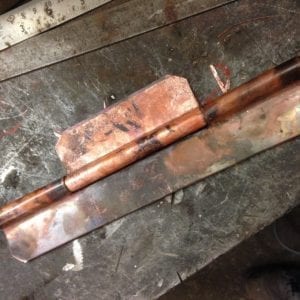 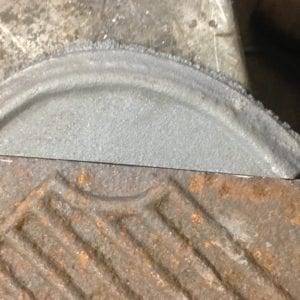 Where parts were missing casting were made to replace them 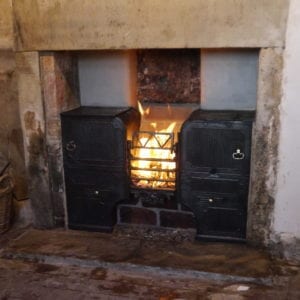 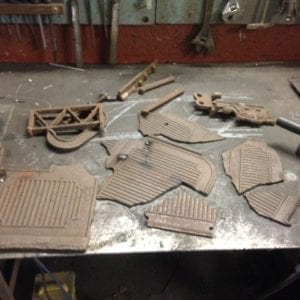 The remaining parts of the range that were recovered 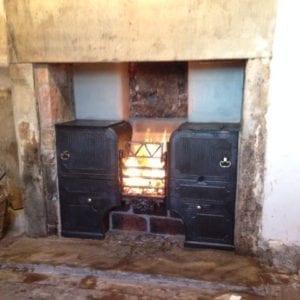 The range back together and reinstated at the Toll House

We were contact by the custodian of this listed former Toll House (and later chapel) in order to supply a range to suit the style and period of the property.  It was built on a steep winding hill above Matlock Bath in the mid 19th century.

Once we attended site and removed the boards concealing the old fireplace we found some ironwork set into the masonry behind.  The oven and boiler was immediately identifiable but as we carefully began removing the parts we began to find more ironwork in the rubble.  Once removed we were able to assemble these broken remains and found that the sham plates and firebars were at least partially represented.  This is not uncommon and a lot of information can be ascertained by studying the infill behind a fireplace.  Often parts of the range, especially anything that protrudes into the room, is broken up along with the surround and thrown into chimney when a fireplace is decommissioned and inevitably boarded up.

Once at the workshop we laid out the parts and decided there was enough there to restore the range especially considering its rarity.  The sham plates are a very unusual design featuring symmetrical reeded panels and filigree work to the firebar fret.  It dates from the mid 19th century and is almost certainly original to the property.  The characteristic axe drop loop handles were missing but we were able to source originals.

There were various missing pieces to this puzzle so patterns had to made and castings produced in grey iron in order to weld these back into place.  Only a portion of the firebar fret remained so a pattern was made in clay to replicate it.  Likewise only the bar profiles remained and a patterns was made to replace the firebars although the original fall bar with hatching motif existed.  All of the sheet metal parts were perished and were reconstructed as were the damper frets and braces.  Little by little the shams were pieced back together and the range began to take form.  The oven and boiler was restored and the range was returned to site and reinstated with the original bricks that were marked with a local brick makers mark.

Once the chimney had been unblocked and the gather repaired we were able to lite a fire in the grate for the first time in decades.  Sat by the fire one can’t help but think of those that came before, warming themselves by the range between collecting tolls from the waggons coming and going from the village.