I was up in the Evesham area recently to tidy up a Coalbrookdale range installed in a 17th century cottage. The owner could remember her mum cooking on it up until the 1970’s. With the planned work to the chimney it will be ready to work again.
The firebox cheeks were replaced with firestone to protect the existing iron work. The oven will not practically be used so we decided it better to preserve the range in this way rather than exposed the already damaged oven to more abuse. The brick flue was renewed and the hood was removed. After several hours of cleaning it was polished and came up a treat. 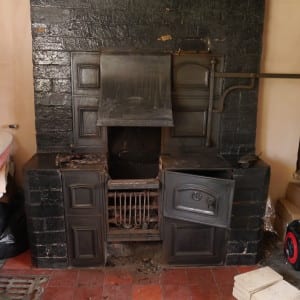 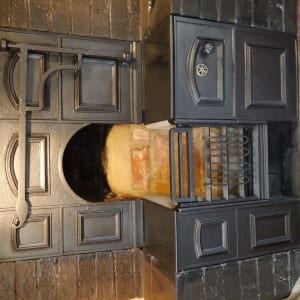