Well it’s been a really busy few weeks here. We’ve been up and down the country working, buying and selling and I’m now back at the workshop to catch up with the on going work here.
I went to take a look at two Shepherds huts yesterday with a mind to restoring them for the owner of the estate where they still are. One is in reasonable nick but the other is a real project.
The Ideal Domestic boiler is off up to London for its new life on a boat on the Thames. I’ve been busy making a log store/ base for it to stand on which should look very smart and raise boiler to a more convenient height for cooking etc.
I’ve got three new acquisitions this week alone. Firstly a very nice Coalbrookdale open range that I just couldn’t pass up. Sadly I can’t make out the digits on the RD mark but I suspect it is circa 1860 and certainly no later than 1868.
Next is a Larbert portable range, this is probably the most desirable of the portable ranges and they don’t come up very often. It’s in reasonable nick but will certainly take more than a bit of work to get it up to scratch again!
Lastly is a very nice early open range. This type of range predate any dating marks so it is hard to know when they were cast. The earliest example that I have restored was in Bristol and dated from 1813. This one is likely to be a bit later but is almost certainly pre 1840s. 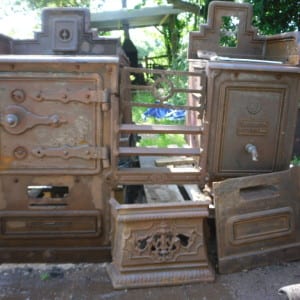 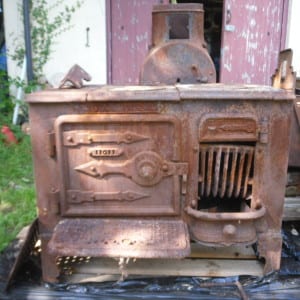 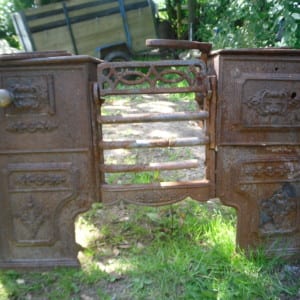